A Bittersweet Time for a Yankee Fan

I always try to be a champion for the underdog. My annual NCAA bracket is filled with irrational pie-in-the-sky dreams. So it's a wonder to many that I am an obsessive Yankee fan and they want to know why. 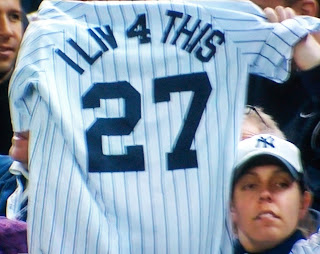 The old baseball adage is "It's a marathon, not a sprint." Absolutely true, but I prefer another mantra "It's the journey, not the destination." My love for the Yankees is my love for the routine of life.
While football (my other love) also stirs my passions, a football weekend is generally either spent working, or spent with the kids. But baseball is for weeknights. Kids are asleep, you can watch your team and multi-task. 162 games a year - it becomes part of you.
That's why I don't kill John Sterling, the bombastic voice of the Yankees. Because he's seen every Yankee game for the last 19 years. He sees things on the field and relays them because he notices. He's seen every pitch of Mariano Rivera's career and every at bat of Derek Jeter's. And that's what I feel like when I watch over 100 Yankee games a year from a couch in Savannah, Georgia. And I can turn on the YES network during the day and digest all the buzz with the equally bombastic Mike Francesa, because he knows what's going on too.
Being a baseball fan, much like being a baseball player, is an everyday job. Baseball is about the day-in, day-out grind. About who's pitching today, who's in the lineup because someone's injured, or who needs to bust out of a slump.

I love checking in on sites like Pinstripe Alley and throwing out arguments for Molina vs Posada or Chamberlain: starter or reliever. To bitch about Joe Girardi's over-managing or blast Johnny Damon's defense, or praise the relief work of Alfredo Aceves, or live the late-game heroics of Melky Cabrera again and again.

So the Yankees have the highest payroll in MLB by far. So they have A-Rod the lightning rod. So what? Nothing can stain the beauty of the game or make me lose interest in the season.
I watched Game 6 on Wednesday night and reveled in World Championship glory, but ultimately a 5-4 victory in June over Oakland is just as exciting. Only now it's time to take a hiatus and see how to build on this for next season. The goal remains the same. 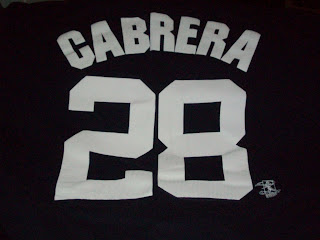 Yet I am sad now because opening day is almost 5 months away. Even a World Series ring has a hole in it.
Posted by BACKTIME at 12:01 AM