Determination, Thy Name is Bill

One of my favorite dramas, Big Love, often portrays the "normal" life of a "family" in extraordinary circumstances. So while the show evolves into the fantastic, that makes Bill Henrickson a super-hero. Which is what's alluded to in the show's new open sequence for Season Four. 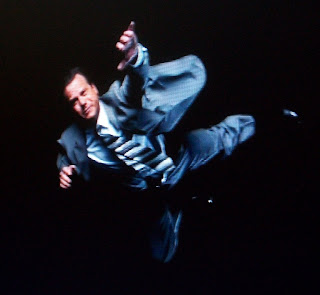 The husband of three and father of eight also has his hands full running his own church, cleaning up the mess at the UEB, managing two Home-Plus superstores, and opening up the Blackfoot Magic Casino. He was the one with the foresight to sell the casino experience to the Mormon masses, just 85 minutes from SLC in Idaho.

Bill is "the sunny face of polygamy" according to his Native American casino partners. Though he's having a hard time escaping the shadow of Roman Grant, the disappeared (and dead) "Prophet" of Juniper Creek, one of the FBI's Most Wanted, and Bill's Father-in-Law. 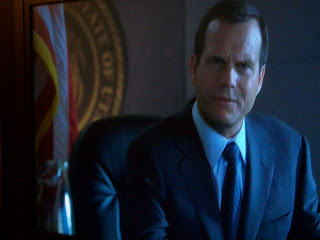 But no matter how high the stakes are, and Bill has plenty to lose, he never loses his cool or backs down from his principles. Which is of course is "The Principle," which as best I can tell is to accumulate the biggest family possible to build a kingdom in heaven.

Since Bill built his kingdom from nothing - he was kicked off the polygamist compound as a teenager to fend for himself - it's easy to admire him. He won't sweat, lash out, or beg. He makes no apologies for his lifestyle. And he has the will and the presence to negotiate with all sorts of power players. 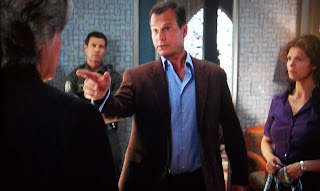 No wonder his wives love him so much. 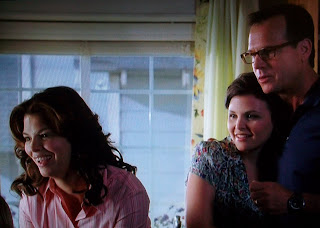