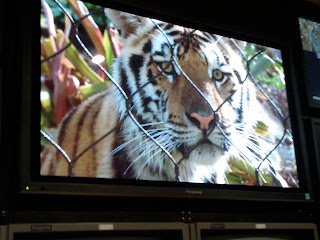 The #1 attraction in Louisiana's state capital (other than the food) is Mike The Tiger. A beautiful creature, he prowls in his own private zoo between LSU's football stadium and basketball arena.

But on this Saturday morning, Mike was feeling a little comatose, napping just a few feet away from his many admirers. 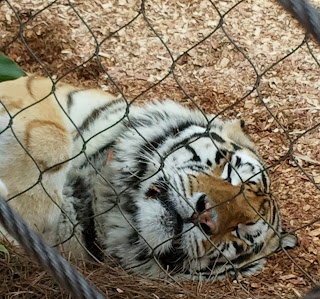 The LSU Tigers, like their beloved mascot, didn't get their wakeup call. On Senior Day, the Tigers were out-hustled by a desperate Ole Miss Rebel squad led by likely SEC Player of the Year Marshall Henderson. 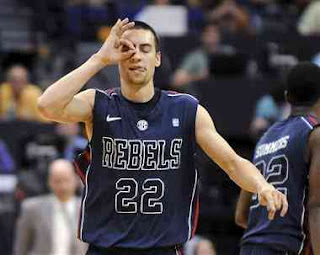 Henderson's histrionics on the court make him a player that opponents love to hate, but fundamentally he is very sound. Besides being a great shooter, he plays good D, looks for his teammates and sinks seemingly every free throw.

Ole Miss went to 12-6 in the SEC and now has a legit shot to finally bust the bubble and go to their first NCAA Tournament since 2002, primarily because Henderson is a difference-maker.

Henderson may get too exuberant or combative after big positive plays, but he makes all the little plays. He is well-coached and well-schooled, even if he isn't always well-behaved.

It's kind of like a golfer who wraps his 3-iron around a tree, but always makes a 3-foot putt. There's chaos and calm, fire and ice.

I thought about my hectic travel day to get to Baton Rouge, but got to my destination on a still 70-degree, and exhaled. My blood pressure lowered, my nerves eased, and I sat down and had a beer and watched the sunset. 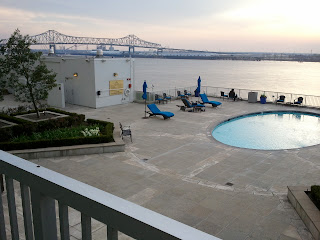 There's dialing it up and dialing it down. Primetime and Backtime. Mike The Tiger, Marshall Henderson, and Me.
Posted by BACKTIME at 9:17 PM