Keeping Up With The Jenningses 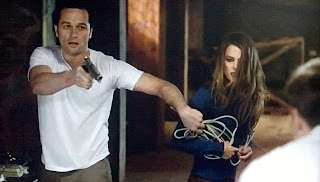 When do Cold War spies ever get a day off? When they're not planting recording devices, seducing government middle-men (and women), or assassinating turncoats, they have to be tortured by their own? That's a pretty tough existence for a suburban couple.

That's our week-in, week-out investment in Phillip and Elizabeth Jennings on The Americans. They are so integral in how the Soviet-US relations play out that it wouldn't surprise me if the show ultimately didn't put them at the center of the fall of the Berlin Wall.

But that's still 8 years ahead of 1981, when our favorite spies went to great length to lift encryption codes from the trunk of a CIA sedan. When the FBI's counter-intelligence smells a rat, the KGB goes mole-hunting, starting with their most valuable agents who just seem too Americanized.

As viewers we were onto it, because the Jennings' neighbor FBI Agent Beeman was in deep machinations with the real mole. But Phillip Jennings should have been on to it as well when his enhanced interrogation involved repeated phone book slams to the gut and nothing to disfigure his face. 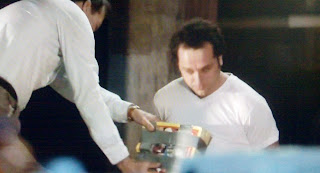 If they messed up his face, there would be too many questions in case they were wrong (which of course they were), and jeopardize his cover.

Now they gave Elizabeth a black eye, but only out of self-preservation. She has proven to be the most kick-ass spy woman on TV since La Femme Nikita or Alias. She got quick and fierce retribution on the point person for their torture, and wanted to send a picture to Moscow as a message. 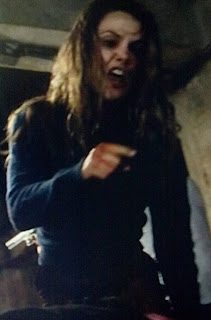 Meanwhile a residual effect of the Jennings' abduction was the kids being left at the mall. Paige and Henry had to hitchhike and wound up having to fight off a "creep."

The younger Jenningses obviously have no idea what their parents do, but seem to have the family resourcefulness in their DNA. There's also a co-dependency with them, a spirit of partnership, and a constantly shifting role of who's-in-charge, also transferred from their parents.

It's an all-American family dynamic.
Posted by BACKTIME at 8:32 PM