Postcards From The Edge (Of The World) 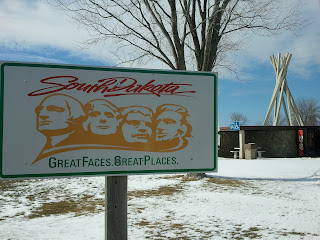 It should be noted that while South Dakota boasts Mount Rushmore, none of the presidents pictured are actually from there. And it would be hard to imagine they ever visited since statehood was achieved in 1889, part of America's manifest destiny.

This is my fourth straight year making the expedition to SD, always in early March, and it's always been cold and most often bleak though there were some periods of sunshine on this trip.

This time I thought I'd be smart and instead of taking 3 flights from Savannah to Sioux Falls, I took only a mere connection to Omaha to spend Sunday night at some familiar haunts down in the Old Market.

But I naturally flew into Omaha during the worst snowstorm of the season. It was one of the bumpier and more disconcerting flights in recent memory, but we made it.

Most of my old watering holes had already closed up shop when I plowed the GMC Terrain rental downtown at 11 PM. I found myself parallel parking through 6 inches of snow outside Old Chicago. Just like old times!

I walked in and there were about 50 people inside, it was fully staffed, and the kitchen was still open for another 90 minutes. The prevailing attitude was "Storm? Is this all of it?" I got my sandwich to go and was able to check in to my hotel ahead of the re-air of a great Walking Dead episode. Rick's sitdown with The Governor was classic television.

I woke up and predictably the Omaha street clearers had been out in force pre-dawn, and the mounds of snow had been pushed aside. 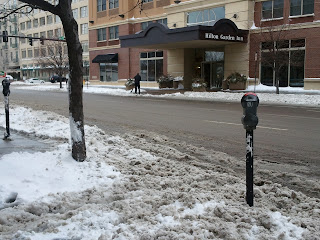 I went to the place where I got my coffee most every day between 2002 and 2004, the 13th Street Coffee And Tea Company. The same young woman was still working there. She remembered me but not my order. 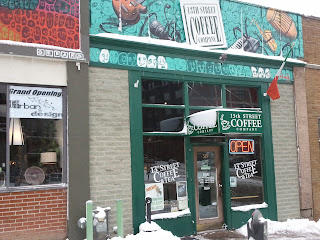 In fact not much has changed in the upper midwest in the last 10 years. There's better coffee now, especially on the lonely highway truck stops between Omaha and Sioux Falls on desolate I-29.

The drive wasn't too bad, but it was pretty slushy. I almost went to get the rental car washed. But I arrived undramatically at my destination, and got something out of the trunk. 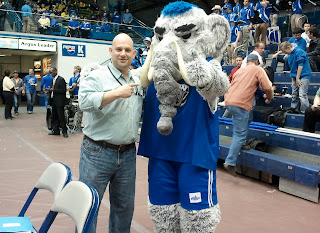