Would You Trade First Class For A Middle Seat To Get Home An Hour Earlier? 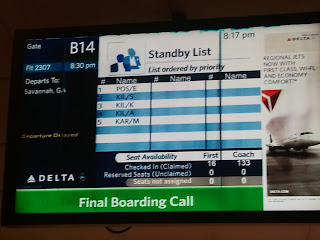 That's the decision that I was faced with today. There was a southeast storm system that caused residual delays throughout the area.

I know the ground shook overnight at the Yellowhammer Inn with some overnight thunderstorms. So my connection home was delayed but the previous flight was delayed as well, and had one seat left. Guess who was first on the list.

It was a 6 AM call time and not a great game in Tuscaloosa. Alabama easily handled Stanford to reach the NIT quarterfinals. It was bone-chilling cold and rainy in the morning and then after the game, the flight I tried to stand-by for in Birmingham was sold out. So I spent the time with some Good People at BHM. 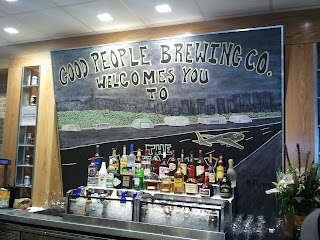 The good news of the day was that I got the call to do one more game, a third in Tuscaloosa in an eight-day stretch, on Tuesday. An extra game this time of year is like a Christmas Bonus, hence the NIT "Victory Lap." An extra game pays one month's mortgage or two kids' summer camp.

But to answer the question posed in the title: definitely.

It's a short flight home, and time at home is precious this time of year. At least until the final leg of the Tuscaloosa 3-legged race.
Posted by BACKTIME at 11:07 PM