I was thinking about how to sum up my feelings for this most recent HBO series, and I saw an appropriate billboard at 31st & Whitaker. 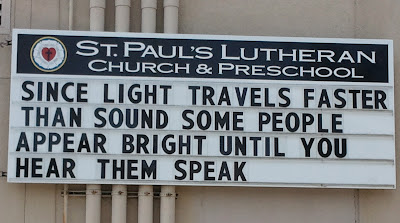 HBO had already renewed The Newsroom for a second season when creator Aaron Sorkin decided to fire the entire writing staff. I agree with both moves. The show sucks, but I continue to watch it anyway.

As someone who appreciates the buzz of live TV, I think the show actually captures that pulsating feeling of "where are we going next?" during the Newsnight broadcasts. But the behind-the-scenes development is shockingly, cringe-worthy bad.

The staff meetings are exceptional train wrecks full of high-minded one-upsmanship. And while interpersonal, romantic relationships are bound to happen in actual newsroom settings (since these people have no lives), they are clandestine - not splayed out so publicly and dramatically.

The dialogue is so syrupy and idealistic, so full of monologues, that you could go to the kitchen and make yourself a sandwich and come back, and the same person will no doubt be on the same self-congratulatory crusade.

Too bad because Jeff Daniels is a great (I would have capitalized the "G" before he took this gig) actor. With the range to play Harry in Dumb and Dumber, as well as Lt. Joshua Chamberlain in Gettysburg, he nails the anchor's delivery and mannerisms. Too bad Will McAvoy is so poorly written off the set, with his manufactured co-dependency to his executive producer, Mackenzie Machale.

Emily Mortimer's quixotic (they used that term before I did) agenda also sparks eye rolls almost every time she appears. I liked her much better in cartoon form.

Now the reason the show appeals to me is the deconstruction of past news events, which I view from a center-left to far-left prism as they do. They use revisionist history to take on the Tea Party, the Koch Brothers, etc.  That's why I look forward to see what the Newsnight team takes on next.

But Sorkin finds a way to ruin that too, with transparent and trivial attempts to create balance. Oh, look at Obama's failing grades from The Brady Commission! Wasn't it Bill Clinton that repealed Glass-Steagall? Will McAvoy is a Republican, damnit!

The show is sometimes crafty, but that doesn't make it smart.
Posted by BACKTIME at 1:45 PM