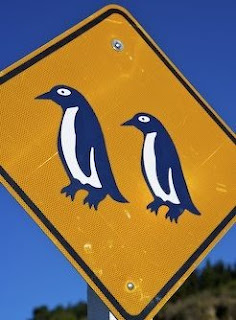 Usually, Game Seven of a Stanley Cup Playoff series is pro sports' most enjoyable theater. It's when the stakes are highest and emotion, pressure, attrition, and desperation all reach a crescendo, especially if you reach a gut-wrenching overtime period (or two).

I remember driving through the midwest late at night in May of 1993, hitting seek on my AM radio. I remember being captivated by an OT Game 7 between the Detroit Red Wings and Toronto Maple Leafs. Toronto upset the heavily-favored Wings, and I heard two stunned radio announcers say goodbye to each other for the off-season before they signed off. Talk about finality.

So I put Tuesday's Yankees-Blue Jays game on the back burner for what I was hoping would be one of the great TV events of the year.

Last night's Game 7 didn't provide that type of drama. By the middle of the 2nd period the Pittsburgh Penguins were blowing up the Washington Capitals 5-0 before cruising to victory. The defending Eastern Conference champs served some serious notice with this road thrashing, in a game that they didn't commit a single penalty.

Sidney Crosby, the Pens' 21-year old mega-star, won the showdown with the other "best player in hockey," the Caps' Alexander Ovechkin. And Crosby did it big time with 8 goals in the series, 6 on the road, and a pair in the clincher.

The Penguins seem on track to return to the Cup Finals. And it's an underdog story since they were languishing around the .500 mark in mid-February and summarily fired their coach. But at this moment, only the defending-champ Red Wings are favored ahead of them in Vegas to win it all. And Detroit has their own Game 7 tonight against Anaheim.

In fact there are two Game Sevens tonight. Might just have to put the seat belt back on. Ducks/Red Wings is at 7PM on Versus. Hurricanes/Bruins is at 8 PM on ???? People always argue that hockey isn't a TV sport. Well it might be if you could find it on TV.
Posted by BACKTIME at 10:51 AM