Something in the Air? Maybe Not

Sunday's Blue Angels Air Show in Beaufort, SC wasn't just a chance for us to tote our young children across state lines to see (and hear) the spectacle. 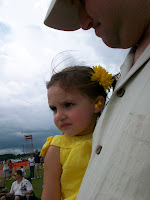 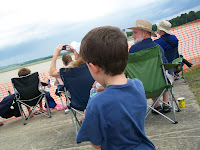 "I'm With Her" weekend continued with an invitation for Mrs. Backtime to go up in "Fat Albert," the flagship of the Blue Angels. It's certainly something to cross off your bucket list.

She was the one civilian strapped in, locked and loaded, and 10 minutes to go time. She even signed a death waiver. 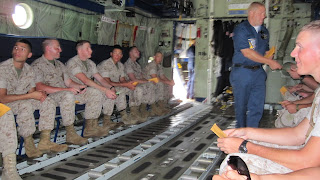 But the thunder and lightning hit, and the headline act was canceled. As a member of the American Meteorological Society, she knew it was coming and hoped that Fat Albert would be moved up in the air show lineup.
Grounded for wife. There's always next year.
Posted by BACKTIME at 1:39 PM