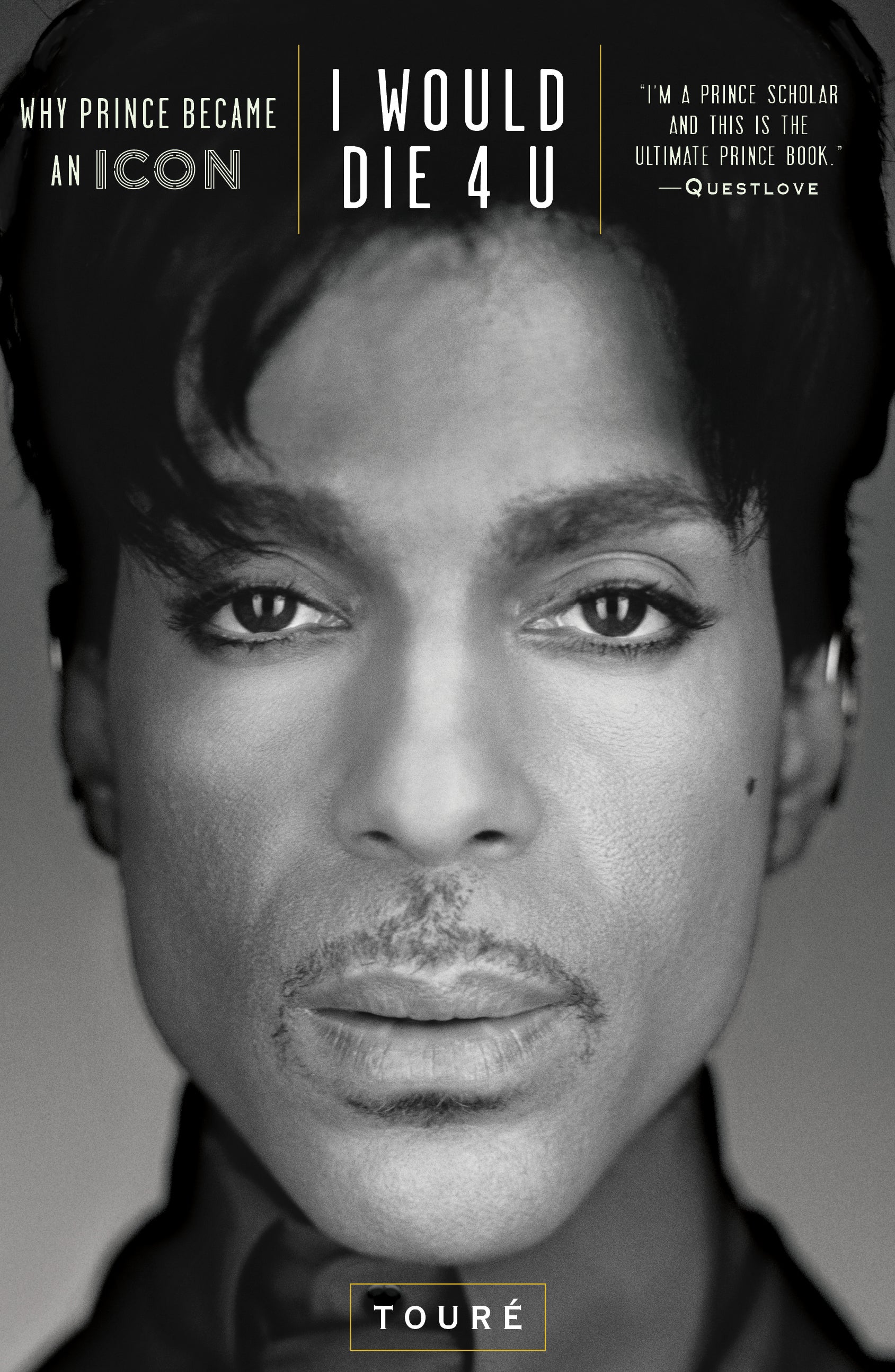 "I was dreaming when I wrote this, forgive me if it goes astray..."

Prince, the human, isn't capable of being deconstructed in a Behind The Music type of fashion. He's too enigmatic and there is no way to define him or come to any kind of conclusion about what makes him tick.

What Toure's book, I Would Die 4 U: Why Prince Became An Icon, does instead is focus on the music, its massive effect on a generation, and what Prince did to vault himself into our national consciousness.

Toure', like most social and political commentators (especially one that goes by a single name), really enjoys making educated, savvy, and provocative arguments. But unlike the others, he somehow avoids getting long-winded. The book comes in at a very concise 150 pages. In fact there are only three chapters:

The first part of the deconstruction deals with how he was a product of the times. With the early 80s came a seismic change in the nation's population, there were far more children where both parents worked, and there were far more children of divorce. The family unit wasn't what it once was. Kids were disaffected and left to their own devices, with outsized responsibilities and freedom. It was the latchkey kids, who would later be known as Generation X.

Gen Xers didn't see the world as much in box-like terms: black/white or male/female. And Prince came along, and he was definitely outside the box. A black guy who played rock-n-roll with his multi-racial, multi-ethnic, bi-gender band, who dressed androgynously and sang falsetto with unrelenting heterosexual messaging.

And Prince didn't mess around. He worked his ass off marketing and creating this image, while putting out records at a pace that his contemporaries couldn't approach. And his albums were stories: 1999 and Purple Rain were his generation's Sgt. Peppers and Dark Side Of The Moon, with one song flowing into the next and weaving a tapestry of songs you know by heart.

Unfortunately he took it a little to far with Lovesexy, his opus, with the whole CD coming out as a single track. I bought the album and enjoyed it. But I, like many fans, was frustrated that I wasn't allowed to skip around and hear the songs I wanted to hear. DJs didn't like that either, and the album got little radio airplay and was a commercial flop. And people didn't like the cover either.

Which leads into the second part, the sexual message. Prince was seen as a womanizer because of his Chamberlain-esque statistics, but for him it isn't about the power over women. In many cases it's about being wanted and used by women. Toure' explains on p. 83

"His stories were less about 'this is what I'll do to you' than 'this is what I want you to do to me.' That had a way of empowering the women he was speaking about, giving them agency and sexual force, rather than making bodies or conquests."

Prince has many, many songs about this: Little Red Corvette, Darling Nikki, and Raspberry Beret, just to name a few.

And Pince's appeal to the mainstream was not only the sex but the religion. In Prince's world you can fulfill all your sexual desires and still be highly spiritual. This is a theme Toure' revisits throughout the book, but wrapped up so neatly in his conclusion.

"He believed that sex was part of worship and that lust came from God so it can't be wrong. He's interested in both Saturday night and Sunday morning and he's able to move between both and somehow pull them closer together."

And this is definitely a Saturday night/Sunday morning kind of nation. Except for us Jews, who get bagels on Sunday morning. There's got to be divine sexual message in there somewhere, but I digress.

It's not hard to find the baptismal themes in Purple Rain, and 1999 is about the apocalypse. The iconic beginning to Let's Go Crazy starts as a sermon:

"Dearly beloved, we are gathered here today to get through this thing called life."

Prince's appeal crossed race and ethnic lines, it crossed sexual and religious lines, and most importantly he blurred the lines of rock, soul, funk, and gospel in his music. There was something for everyone.

And Toure' was best able to capture it all, because long before he was a politically polarizing host on MSNBC, he was a music writer who named his son Hendrix.
Posted by BACKTIME at 2:38 PM