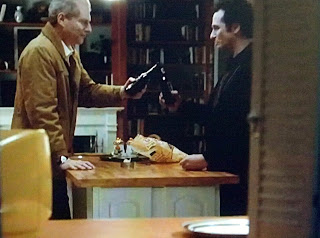 In Mad Magazine, it was the two mortal enemies throwing all their gadgets at each other to create as much destruction as possible. In The Americans, agents fight each other with their wits, trying to stay one move ahead in the Cold War.

The second episode of the new series didn't have as much of the flavor or the music of 1981. "Phillip" and "Elizabeth" are much more in their day-to-day duties as KGB sleepers. They're working more as a team and the tension between them isn't as great as the pilot.

But the tension with their work is very real. Complete with sexual manipulation, cool disguises, and lots of violent acts. They are superspies.

Like poisoning the son of Caspar Weinberger's maid and leveraging the antidote just to get a bug installed in the Secretary of Defense's study. 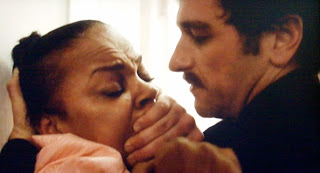 They both understand their orders, the stakes of this assignment, the innocence of their captives, and that soon their own children could be orphaned if they stray off the tightrope.

Meanwhile, the FBI's tactics aren't that much different in identifying a Russian embassy worker they can turn. 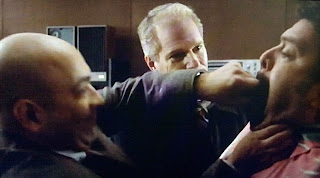 Agent Stan Beeman masterminds this plan, while still exploring his intuition about his neighbors. He even brings some high-end Russian caviar over, seeing if it may expose something in his curious counterpart.

At the end, both opposing sides advanced their agenda. The KGB got surveillance in the Weinberger house, and the FBI got a body inside the Russian embassy. So the spy game's afoot, a much more nuanced battle than the one you'd find in Mad Magazine.