This Week On A Very Special Real Time

When named in a lawsuit, it is generally thought that the defendant should keep his mouth shut. Except when the legal action is a waste of everybody's time, and the defendant has a very large microphone.

The fact that Bill Maher actually received a letter from Donald Trump's attorney, Scott S. Balber, attaching a birth certificate and a denouncement that Mr. Trump is not the spawn of an orangutan, is both troubling and hilarious.

You know in the coming days, Trump will be searching feverishly for some type of comeback that can level the playing field. But in his head, George Costanza is no doubt grumbling, "Jerk Store!"

The hour-long show was brilliant in a number of areas. There was the satellite interview with Julian Assange. Newsweek's Tina Brown explained the precipice of "culture change" in the Arab world, that the Taliban fear an educated woman far more than a drone strike.

But aside from the politically salient points and topics, there was satire at its height. Maher and his writers took the infamous Obama skeet-shooting photo to the next level. 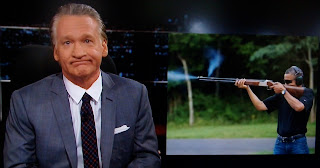 Maher questioned to what lengths Obama would pander to endear himself to the nation's rednecks. 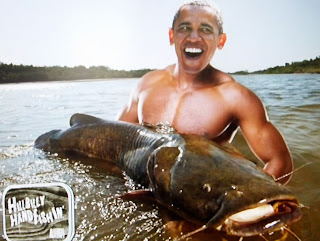 He could guest star on Hillbilly Handfishin'. 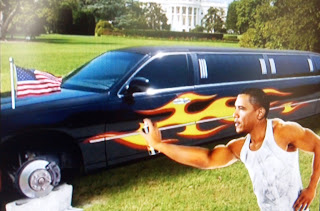 Or pimp out the presidential ride. 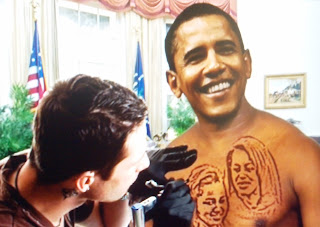 He could get tattoo renderings of his children - though you don't have to be a redneck to appreciate that one. 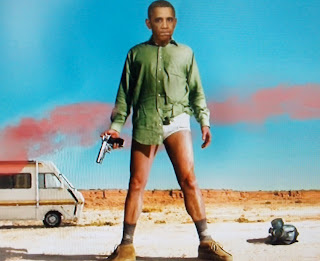 Or he could moonlight as everybody's favorite meth cook.

When I watched this sequence in my hotel room in Lexington a couple of nights ago, I was laughing out loud and nearly broke my hand slapping the desk.

I put the computer down and had to follow up down in the hotel lobby with the riff-raff after the Rascal Flatts concert let out. I didn't have DVR so I was operating off of memory. Either my delivery was bad or the Kentuckians didn't get the irony. But today I watched it again and it was brilliant - an all-time Real Time.
Posted by BACKTIME at 10:10 PM