O, My the Landscape has Changed in 100 Days 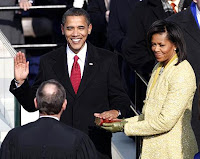 No, not that. I'm talking about the world of SPORTS.

The Eagle fans were reeling from another NFC Championship loss. Donovan McNabb lost a great shootout to Kurt Warner. And the Arizona Cardinals were headed for their first ever Super Bowl.

A-Rod, to our knowledge, was clean. And his skin likely didn't have an orange tint to it. But he had the same number of At Bats as he does now.

SEC Basketball Coaches Dennis Felton, Billy Gillispie, and Mark Gottfried all were employed.
TO was still a Cowboy. Charles Barkley was on sabbatical. John Madden was preparing to do his last game. Harry Kalas was alive.
I woke up in Lawrence, Kansas. And BACKTIME didn't exist.
Posted by BACKTIME at 9:48 PM