The Tangled Web They Weave When It's Their Job To Deceive 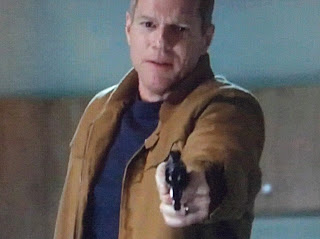 The Americans is gaining more and more momentum as the season rolls on. And it's not anything new to portray US federal agents as adversaries (The Sopranos, Breaking Bad), but the intricate, conscience-shattering role of FBI Agent Stan Beeman (Noah Emmerich) is one of the best turns in recent TV history.

Stan's insight and ignorance blend perfectly in the first 15 minutes of episode 10 "Only You," making you want to hug him and choke him at the same time. You can imagine his internal strife, which is the key to a great character and outstanding acting. 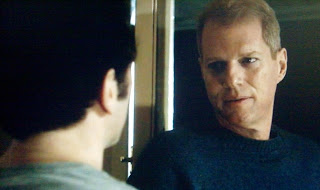 Stan, while reeling from the death of his partner, seeks out the solace of his best friend Phillip Jennings, the KGB ace who killed him - which wasn't premeditated. Maybe Stan finds Phillip in these situations because of some 6th sense (like Hank and Walt in Breaking Bad), or maybe he's just got a soft spot and his head up his ass.

When Stan deals with his bosses or works a source, he is as sharp as can be. But he's emotional, tortured, and sometimes drunk, which makes him all too human. Like his handling of his informant, Nina. 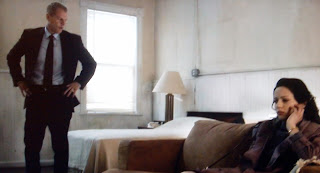 He coerced her, slept with her, then lied to her face when she wanted answers about the death of her friend Vlad, the KGB stooge that Stan executed in an eye-for-an-eye, coldest-blooded Cold War moment you can get.

Meanwhile the Jennings family is going through their own family rollercoaster ride. Their marriage was always a cover, now their separation is too. But their partnership is as strong as ever as they deal with the fallout of FBI Agent Chris Amador's death, and the residual effects that could bring two nations to nuclear war - always the underlying theme of the show.

And the cat-and-mouse games continue. Elizabeth Jennings can't smile on her own, a subtle characteristic of a Russian woman playing in the skin of an American. Phillip Jennings continues to be above all the physical and emotional torture to become one of the greatest spies TV has ever seen. And Agent Beeman continues to reel in the little fish while the big one always gets away.
Posted by BACKTIME at 8:54 PM