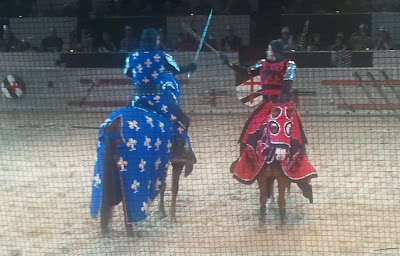 Medieval Times was the perfect wrap-up event for family vacation. It was brilliantly choreographed and built great drama to a crescendo finish for the roaring crowd. It was like Broadway theatrical meets WWE.

Not only was the show a nice surprise, but it was probably the best dinner I had all week. Like the middle ages there's no silverware, and everyone is served soup, garlic bread, roasted chicken, a spare rib, baked potato, and an apple turnover. After feasting on amusement park fare and fast food all week, I felt like a Lord of the realm feasting like a king.

But I lost the battle with the kids, trying to get them from chicken nuggets to the real thing. But you could make the argument that the battle had already been won earlier in the day. 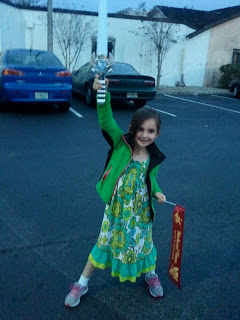 Thursday was the only Disney portion of the trip, with a scheduled day at Blizzard Beach. It was a rainy morning and I had to break the kids' hearts and the water park was out. The protests were too loud to ignore, so I gave them one shot - if we left now. They complied and we got almost 3 solid hours on a wide-open, cooler day before the weather hit for real. 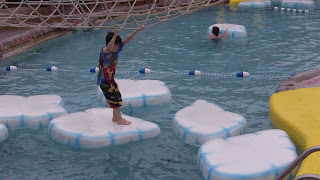 The traffic the final day was considerably worse. The first Friday in April was a mass exodus from the Tragic Kingdom - all the minivans headed back to North Carolina, Michigan, and everywhere else east of the Mississippi, and they all were at the the Chick-Fil-A drivethru and on Interstate 4 & 95 the same time as the Backtime Editorial Department. A 4+ hour drive home actually came in at a ++ 6 hours.

As with any family trip there were ups and downs, but when you bond for this long with your closest people, history only records the highlights. I didn't have time to relax and watch any of the Yankee games this week (thank goodness). And I had to order The Walking Dead and Justified season finales on Amazon.com (in an upset, Justified was actually the far superior hour). I also couldn't realistically stick to my diet or exercise properly.

And after the kids got 6 hours of movies, video games and snacks while I drove us back home in the traffic and the rain, I dropped them off with their Mom. But my day of driving was far from over. I-95 would test my fortitude once again. Much more on that tomorrow...
Posted by BACKTIME at 9:20 PM