X's And O's At Eskimo Joe's 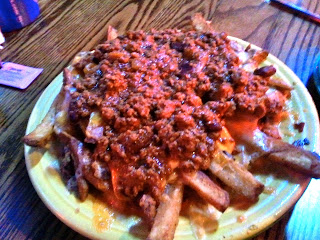 After years of Big 12 basketball and countless trips to Stillwater, Oklahoma, a number of things can be relied on at Eskimo Joe's. It's a top sports bar with signature chili cheese fries, gear for the kids, and TV coverage of the NFL when you're away from your Sunday Ticket. 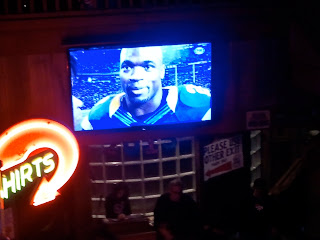 After a flight delay I arrived in-progress to Super Bowl XXXIX. It was the Eagles' lone Super Bowl under Andy Reid despite 5 NFC Championship appearances.

It was the Patriots' 3rd championship under Belichick and Brady, but people forget it was tied 14-14 after 3 quarters. It turned out to be the story of two WRs: Terrell Owens coming off a knee injury and having a heroic effort, and Deion Branch catching 11 passes and an MVP award for the Pats. 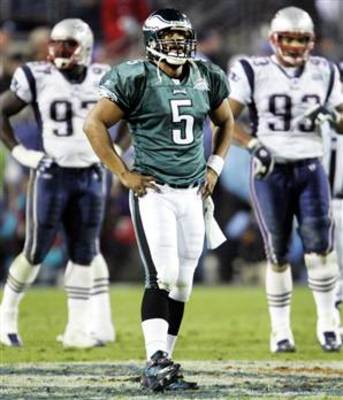 But when the game was on the line, Donovan McNabb was hyperventilating, costing the Eagles valuable time in their comeback. The Patriots held on 24-21.

The 2006 NFC Championship game was a blowout, with the Bears ending the Saints year-after-Katrina run with a 39-14 finish. But it wasn't always a runaway.

After the Bears took a 16-0 lead, the Saints cut it to 16-14 after rookie Reggie Bush caught a short toss from Drew Brees and went 88 yards for a score, sending Joe's into a frenzy.

But the Bears D (forced 4 turnovers) and a pre-Jet Thomas Jones (123 yards, 2 TD) pulled away and the Bears were headed to the SuperBowl despite having Rex Grossman in the cockpit. The Colts beat the Patriots later that day but we watched at another restaurant. 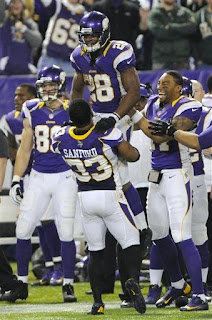 So when 2013 rolls around, the Vikings will be in the playoffs, and I won't be near chili cheese fries again anytime soon. That's a shaky New Year's resolution.
Posted by BACKTIME at 9:40 PM