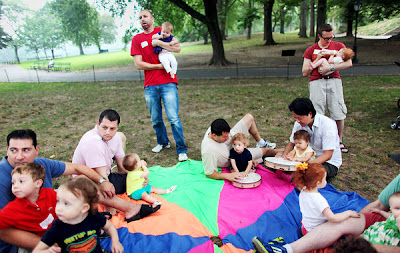 The American family dynamic is in a constant state of flux. The headline of a recent New York Times Sunday section was, "Dads Are Taking Over As Full-Time Parents."

It casts the present-day family against the backdrop of the recession where more men are out of more traditional "male" jobs, and women are more likely to garner a breadwinning type of salary than they were a generation ago. Alex Williams' piece goes on to say this isn't a Leave It To Beaver country anymore:


"In 2011, only 16 percent of American households contained a breadwinner husband and a stay-at-home wife, according to the United States Bureau of Labor Statistics. Indeed, a modern version of the show might feature June pulling in six figures as a management consultant, while Ward works out of a home office as a Web designer, carving out time between freelance projects to shuttle the Beaver to the skate park."

Freelance projects? I can relate. Though my situation is far from the new traditional. It's a little more...umm...complicated. 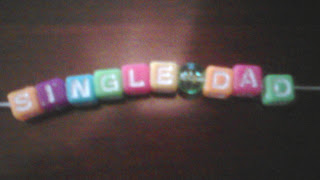 But the result is much the same. Do the math with me:

I work more like 100-120 days a year, but the catch is they're almost all on the road. Yes, there's the occasional day trip to Atlanta, Columbia, or Gainesville, but those are more like a one-off. I am physically unable to be in the same place as my kids on work days.

But the trade-off is all the extra time and attention that is able to be provided when I am home. There's availability with school events, shuttling to-and-from afternoon activities, lots of hang-out time, entire summers, and even the opportunity to coach soccer. And much of my actual professional work is on weekends, when their Mom is off.

It is possible to straddle both worlds though there's always going to be some sacrifice on each end. And the children unfortunately have to do a lot of adjusting as well. But the older and more mature they get, they hopefully realize the plusses outweigh the minuses.

But a Dad can have a great career, be a (mostly) full-time parent, and still have a semblance of a social life. It's difficult to manage, but it's better than droning away at a 9-to-5 job and missing so much of the good stuff. Or maybe it isn't - I wouldn't know.
Posted by BACKTIME at 8:15 AM