Come on. As far as handsome, presidential-looking, preppie guys go, we thought the Romneys had already cornered the market. But I guess Tagg, Matt, Josh, Ben and Craig were looking for a sixth for the three-on-three game to play on their own indoor fullcourt gymnasium, so enter their long-lost brother Ryan.

Or is this the shelved remake of The Sixth Sense: I See Rich White People? 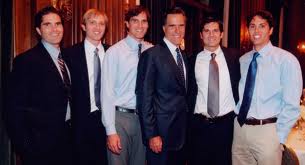 I have to admit that I didn't think the Romney camp would go this direction. But everyone seems to have nailed the timing of the move. After a week Mr. Romney sunk in the polls, and he was struggling to get the campaign back on message, they found the messenger. And the timing of the pick was appropriate as well.

The selection could have been made much earlier, but if it took place during the Olympics, that would have shafted NBC News, who was essentially based with all their resources in London. It's another example of the media driving the news cycle, the polls, and everything related to the countdown to election day.

The pick was close enough to the end of the games (or "sport" as Colbert calls it re: Rafalca) that NBC didn't get caught with their pants down. But the exclusive still deservedly went to 60 Minutes and CBS' Bob Schieffer. Fareed Zakaria was next in line, but was waiting for Schieffer to ask the questions first. 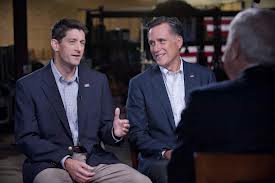 The two political parties have differing opinions on the VP candidate, but nobody denies that this is a serious pick. Except for me. The physical similarity and collegial manner of these two is so strikingly similar, I can't get a particular image out of my head. 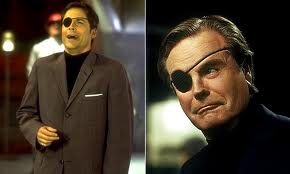 That's right, the diabolical "Number Two" (apropos for a #2 pick) from Austin Powers: The Spy Who Shagged Me, where Rob Lowe plays a younger Robert Wagner. They laugh at your inferior intellect and resources!
Posted by BACKTIME at 10:09 AM