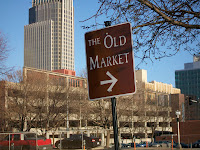 When I moved to Omaha in March 2002, I lobbied my College Hoops boss for Creighton home games. In March 2009, it took an NIT game against Kentucky, but it was finally delivered.
I've been back to Omaha since the 30 months I lived there. But this was my first event there, where I actually got to walk around. I stopped by the 13th Street Coffee Company and the barista remembered me, but not my drink. 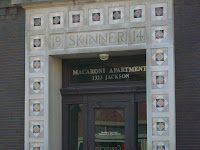 I even stopped by the Skinner Macaroni Apartment building. It's a former warehouse where we were living when our son was born. My wife used to ride the elevator late at night and could claim to smell "the dead pasta people."
Anyway Creighton lost to Kentucky by 2 in a thriller. 17,000 fans braved the March Omaha elements just to get their hearts broken. And it wasn't just a little front coming through. Local stations had the full break-in-to-programming Tornado Watch going. 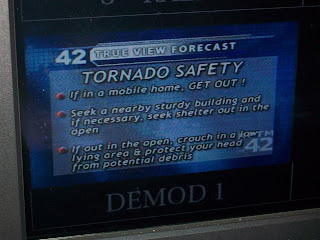 Off to Blue Sushi for lunch - the best fusion sushi you will ever find - and it's in a landlocked state.
Posted by BACKTIME at 12:07 PM