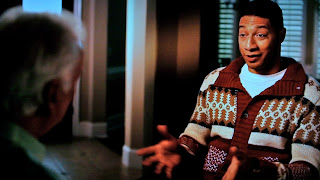 In the first TV sit-down since Royce White's rift with the Houston Rockets, we didn't get too much more than White has already put out there in the social media world. In fact in an expansive feature like this, it's surprising the tons of Twitter hate messages weren't ever addressed.

I thought Bernard Goldberg was an interesting choice of correspondents to handle the interview - a well-known politically incorrect cynic - which is actually a good foil for White to explain himself.

As Royce White has stressed all along, he is lucid and aware of his anxiety disorder and OCD. When Goldberg asked about why so many teams passed on him before the Rockets took him at #16, is that because they thought he was "crazy?" 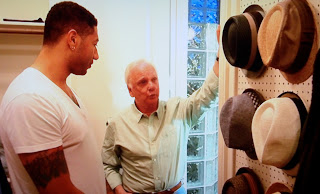 "That's the stigma that exists so I expected it. It represents a lack of awareness and a very serious, detrimental stigma."

But the Rockets went out on a limb. They even arranged for separate transportation to allow for White's fear of flying. But right before the season began, White insisted that an independent doctor - not a team doctor - have the say on White's day-to-day fitness to suit up. That's the gap they've been unable to bridge. White thinks the team doctor would have the team's best interests, not his.

The team doesn't want to cross that line. What could set White off into an episode? Harsh words? Reduced playing time? At Iowa State he was the star and they weren't going anywhere without him. In the NBA, grown men are paid a lot of money to accept their role. If White gets extra-special treatment and coddling, how does the organizational structure of the team remain intact?

White says he isn't ready to play in the NBA if mental health protocols aren't met.

"What goes along with mental health that goes untreated? Alcohol abuse. Marijuana abuse. Suicidal behavior. Homicidal behavior. Those are things I'm not willing to risk to play basketball. To have money, to have fame?"

White shrugged. For people who haven't seen him before and only know about the story, they will be surprised how thoughtful and "normal" he seems.

It's not a black and white issue, it's a gray area that White has taken the world of sports into. And it's fear of the unknown on both sides that will likely keep White on the sidelines for the foreseeable future.
Posted by BACKTIME at 3:31 PM