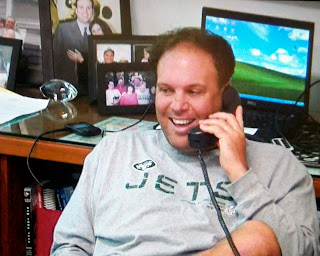 I liked Tannenbaum. But his position as Jets GM was a stretch. He came aboard in 1997 as a critical attache to the impressive but brief Bill Parcells era.

In a changing world order in the NFL in the 90s, Tannenbaum was the preeminent "capologist." He slotted contracts into a jigsaw puzzle, knowing how to frontload, backload, and find loopholes to maximize value on an NFL roster. Basically, this is the guy Mitt Romney wants doing his taxes.

His first role with the Jets was Director of Player Contract Negotiations. Which was on display big-time in 2010 when we saw a real life take-it or leave-it offer to former starting QB Kellen Clemens on Hard Knocks. 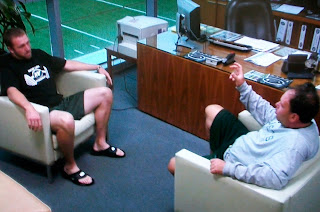 Every team needs a financial guy and hatchet man like Mike T, but to make him your #1 football exec? He was as out of place as a football personnel man as he was trying to field punts on TV. 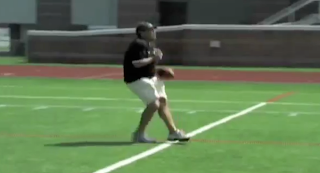 Basically Tannenbaum's regime as Woody Johnson's GM was marked by some success, but mostly he was a stooge for ownership making one hollow PR splash after another. On-field, actual football came second. You could almost set his tenure to music. 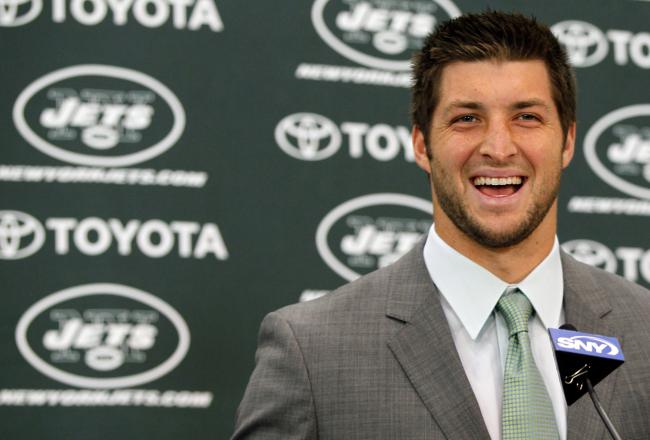 It's really more of a parody. Thinking more of a Seinfeld/Naked Gun musical montage set to Kenny Rogers.

The Tebow thing was really the last straw. For there to be all the hullabaloo for a guy who didn't contribute at all, when the resources and attention could have been paid on someone who could actually help the football team, that is unacceptable. And the owner can't fire himself.

I don't know who should replace him. I don't know if Rex Ryan should be back, though the defense played with a lot of heart. I can't imagine Sanchez or Tebow back. But here is the one thing and Backtime tweeted as much on Black Monday:

Dear NY Jets: If you hire Norv Turner I will have to drive to New Jersey and talk to somebody.

I of course mean as offensive coordinator. I would argue that is the single most important move this offseason. Hopefully a real football man will make it.
Posted by BACKTIME at 10:51 PM